Matt was born in Rutland and graduated from Rutland High School in 1996.

After receiving an Economics degree from the University of Vermont in 2000, he received his J.D. from the Boston University School of Law in 2006.

While in law school, Matt worked at the Legal Services Center of Harvard Law School in their Predatory Lending unit, where he was the primary client contact for six cases.

After law school, he joined Goodwin Procter as a member of their Corporate Department in their Boston office. In addition to negotiating and drafting various corporate legal documents, he also created complex spreadsheets related to stock ownership, debt balances and sale proceeds.

In 2010, he left the firm and lived in San Diego before returning to Vermont to start his website consulting business, Bloomfo Websites.  Additionally, he has taught computer-related courses at both Castleton University and Community College of Vermont.

Matt formally joined the family firm in July 2016 and is licensed to practice in Vermont. He currently serves as the City Attorney for the City of Rutland.

He lives in Rutland with his wife, Betsy, and their sons, Will and Zachary. 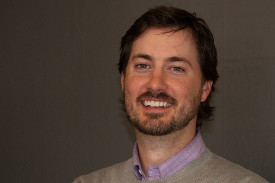